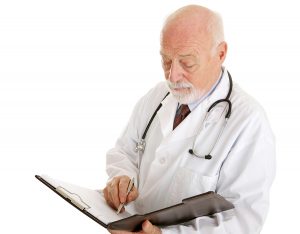 Once thought to be mainly a disorder of children, recurrent seizures or epilepsy is thought to be present in about 7% of older adults (Spitz, 2005) and is usually related to one of the common comorbidities found in older adults (Bergey, 2004; Rowan & Tuchman, 2003). Epilepsy affects up to 3 million Americans of all ages (Velez & Selwa, 2003). Davidson & Davidson (2012) summarized findings of most studies on epilepsy in older adults with these main points:
Seizures can be caused by a variety of conditions in older persons, but “the most common cause of new-onset epilepsy in an elderly person is arteriosclerosis and the associated cerebrovascular disease” (Spitz, 2005, p. 1), accounting for 40–50% of seizures in this age group (Rowan & Tuchman, 2003). Seizures are associated with stroke in 5–14% of survivors (Spitz, 2005; Velez & Selwa, 2003). Other common causes of epilepsy in the elderly include Alzheimer’s disease and brain tumor.
There are three major classifications of epilepsies, although there are many additional types. Generalized types are more common in young people and associated with grand mal or tonic-clonic seizures. A number of cases have an un¬determined origin and may be associated with certain situations such as high fever, exposure to toxins, or rare metabolic events. In older adults, localized (partial or focal) epilepsies are more common, particularly complex partial seizures (Luggen, 2009). In contrast to young adults, Rowan and Tuchman (2003) cite other differences in seizures in the elderly: low frequency of seizure activity, easier to control, high potential for injury, a prolonged postictal period, and better tolerance with newer antiepileptic drugs (AEDs). Additionally, older adults may have coexisting medical problems and take many medications to treat these problems.

Risk factors for seizures in older adults include cerebrovascular disease (especially stroke), age, and head trauma. The most obvious signs and symptoms of epilepsy are seizures, although changes in behavior, cognition, and level of consciousness may be other signs. Also, note that exposure to toxins can cause seizures that are not epilepsy. Complex partial seizures in older adults may include symptoms such as “confusion, memory loss, dizziness, and shortness of breath” (Davidson & Davidson, 2012, p. 16). Automatism (repetitive movements), facial twitching with following confusion, and coughing are also signs of the more-common complex partial seizure (Luggen, 2009).

Diagnosis is made by careful description of the seizure event, a thorough history, and physical. Eyewitness accounts of the seizure incident can be quite helpful, although many community-dwelling older adults go undiagnosed because their seizures are never witnessed. In addition, complete blood work, neuroimaging, chest X-ray, electrocardiogram (ECG), and electroencephalogram (EEG) help determine the cause and type of seizure (National Institute for Health and Clinical Excellence {NICE}, 2012).

Treatment for epilepsy is aimed at the causal factor. The standard treatment for recurrent seizures is antiepilepsy drugs (AEDs). The rule of thumb, “start low and go slow,” for medication dosing in older adults particularly applies to AEDs. The elderly tend to have more side effects, adverse drug interactions, and problems with toxicity levels than younger people.
Research has suggested that older adults may have better results with fewer side effects with the newer AEDs than the traditional ones, though about 10% of nursing home residents are still medicated with the first-generation AEDs (Mauk, 2004). The most common older medications used to treat seizures include barbiturates (such as phenobarbital), benzodiazepines (such as diazepam/Valium), hydantoins (such as phenytoin/Dilantin), and valproates (such as valproic acid/Depakene) (Deglin & Vallerand, 2005; Resnick, 2008).
Several newer drugs are also used, depending on the type of seizure. Second-generation AEDs, including gabapentin (Neurontin), lamotrigine (Lamictal), oxcarbazepine (Trileptal), levetiracetam (Keppra), pregabalin (Lyrica), tiagabine (Gabitril), and topiramate (Topamax), are generally recommended over the older AEDs; however, older AEDS such as phenytoin (Dilantin), valproate (Depakote), and carbamazepine (Tegretol) are the most commonly prescribed treatment options (Resnick, 2008). Each of these medications has specific precautions for use in patients with certain types of medical problems or for those taking certain other medications. Regarding side effects in older patients, watch for potential stomach, kidney, neurological (especially poor balance or incoordination), and liver problems. Additionally, some newer extended-release AEDs are thought to be better tolerated and have a lower incidence of systemic side effects (such as tremors) (Uthman, 2004).