Is the healthcare system endangering the elderly?

Is the healthcare system endangering the elderly?

Studies have shown that there will be 72 million Americans with ages between 60 and 65 by 2030. Sadly, the reports show that there won’t be enough doctors to look after these people. The nation is rapidly aging, and the future holds healthcare costs that many won’t be able to afford. Some claim that the healthcare system in charge of taking care of our seniors, puts them in danger. Is that true? 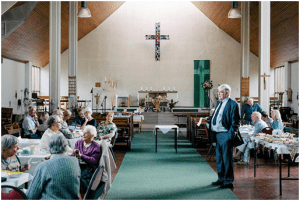 Over 50% of medical procedures are useless, and may even do more harm than good

There’s a lot of data out there claiming that most common medical treatment don’t help patients at all. In fact, they might be harming them. Between 40 and 78% of all medical tests, procedures and treatments don’t provide any benefits. One of the main reasons older people get sick is because the media induces that they need some sort of care or therapy. In many circumstances, the patient loses faith in the medical system and in their physician because nobody offers them any clear solution. Random clinical trials cost billions of dollars, and new clinical practices don’t accept people without a health insurance (which often must be premium).

There are attempts to fight the system and provide better care to our loved ones. But then again, it’s difficult to have a voice in a world that claims to hold the cure for everything. Many therapies continue to get funds even after they’ve been deemed as harmful or useless. That’s concerning, and makes people question the US medical system. Physicians must start to focus more on the efficiency levels of common medicinal practices, and commit to clinical research that has proven to render positive results. 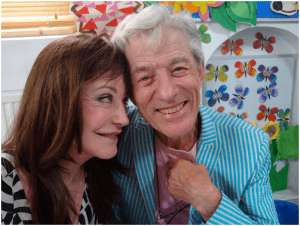 The main reason older adults in the US are unhealthy is due to poorly managed health care. There’s an average 0.5 general physicians for 1,000 citizens. Also, many people argue that they don’t go for annual checkups, either because they can’t afford it, or because they’re afraid that they’ll be asked to do more tests that cost a fortune. Why do seniors feel helpless? Basically, because the system is putting them in danger as opposed to helping them get better. Not everyone can afford private health insurance, not to mention that lots of people become victims of medical errors.

In a world of advanced technology, the population is still prone to medical errors

We live in a world of advanced technology that should help its population get better. The medical system has advanced as well, and yet somehow medical errors still occur. In the US, the main cause of death is due to some sort of medical error. It’s higher than any type of cancer or heart condition. Main types of errors consist of hospital acquired infections, inappropriate medical treatments, side-effects of drugs, and more. Preventable medical mistakes happen in 1 out of 4 hospitals in the country, and over 800,000 people die annually due to this fact. That’s concerning and it shouldn’t surprise anyone that, indeed, the healthcare system does more harm than good. 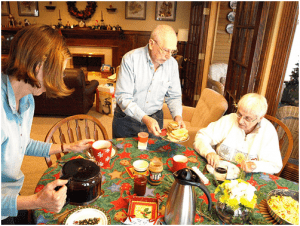 Many physicians wrongfully assume that they know what type of treatment their patients must get. They don’t want to listen to their pains, nor do they want to hear what they have to say.  What’s even worse is that 70% of all Americans are used to “not being properly treated”. However, they’re 5% more satisfied than people in the UK. At a global scale, people are not happy with the way their personal physicians answer their queries. Complex explanations take time; time that doctors don’t have. Would it be best for seniors to consider care homes in London, or in any other country that they belong to? Or should they stay home and get a caregiver? The answer is vast and requires a very detailed explanation that older person may not able to fully grasp. Their younger children might.

It is important to look after our aging parents; provide them with the care and assistance required to live a healthy and relaxed life. But then again, we need help from our healthcare system as we can’t do it all on our own.

Guest Blog: Tips for Making a Home Safer for Seniors

Guest Blog: Tips for Making a Home Safer for Seniors

Guest Blog: How Do Seniors With Alzheimer’s Handle Change?

Guest Blog: How Do Seniors With Alzheimer’s Handle Change?