Home/Dr. Mauk's Boomer Blog, News Posts/How Treatment for Prostate Cancer Reached the Radiation Stage over the Past 20 Years
Previous Next 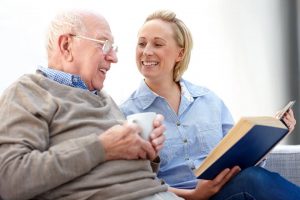 It was in 1853, when a surgeon J. Adams, working at The London Hospital diagnosed prostate cancer for the 1st time. The disease was discovered during a histological examination and Adams described it as “a very rare disease”. Today, 165 years later, this disease has progressed quite rapidly and is considered as one of the most severe health problems.

Why is there such an increase in the number of people afflicted with this disease?

There are three reasons behind, which include:

• First, in the early years until the 1900s, after the disease was discovered, there was no special diagnosis technique that could differentiate urinary obstruction from prostate cancer
• Second, this cancer increases rapidly with age, as compared to other types of cancer
• Third, it is believed that prostate cancer is linked with the “Western” lifestyle. While the main causes of prostate cancer are age, family history and ethnic group, research suggests that obesity and a diet rich in calcium can also contribute to this disease

In the early years, it took a long time to diagnose patients with cancer. By the time a treatment plan was created, the disease would take a dangerous turn and the patient would die within 1 to 2 years.

Prostatectomy
During this time, other treatment options were in trial and in 1904; Prostatectomy emerged as a clear winner. This treatment involved removing the cancerous or all parts of the prostate gland to cut the disease from the root. There were several improvements in this therapy but almost all patients refused this treatment because it left them impotent.

Radiation therapy
Radiation therapy for prostate cancer took the stage in the early 20s. People were a bit skeptical about the treatment but when rapid advancements were made in the technology, they became more open to the treatment. Moreover, the therapy gave people the option to go for it during surgery or after surgery.

• X-ray Therapy
This therapy involves megavoltage and high-energy X-rays that penetrate the cancerous cells more deeply, which helps minimize the area of skin exposed to radiation. Doctors also used Imaging, so that they could specify the affected area and direct the radiation beams there.
• Proton Therapy
This radiation beam is more precise and doctors are able to control the depth of the beam penetrating the body. The proton therapy prevented “exit radiation”, which made a single radiation dose more powerful.
• Stereotactic Ablative Radiation Therapy
This therapy allows surgeons to target small and specific areas with a high dose of radiation. It allows them to use radiation during complicated surgeries.

There is still much room to experiment with radiation therapy for prostate cancer. New technology is being tested and people with no hopes are being admitted into trials, to find out if they have a chance to beat this disease or not.