Home/Dr. Mauk's Boomer Blog, News Posts/Guest Blog: Why The Golden Years Are the Best Years of Your Life
Previous Next 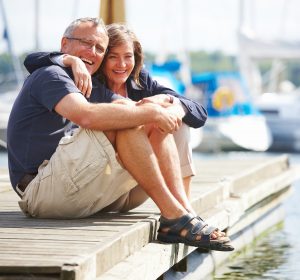 Portrait of a happy old couple sitting on quay by sea

For seniors, getting old is the new black. You can ask them yourself. Because according to a recent survey, 68% of seniors never feel offended for being treated like one, while 70.3% feel being called ‘old’ is hardly offensive. The truth is, getting old is blessing – not a curse.

For starters, age brings wisdom. By the time the grey hairs start popping up, you’ve had your fair share of experiences. You’ve likely travelled around a bit, held a few jobs, been through good and bad relationships, started a family, and made some life-changing decisions. But when it comes down it, you’re all the wiser for it. Going forward you can make better, more informed decisions, and even give your two cents to the younger generation.

As you mature, so too will your relationships. You’ll likely cut out the friendships that didn’t mean much, and work on the ones that do. Essentially, you’ll start seeking quality, not quantity, across all areas of your life – which isn’t a bad philosophy to live by. Plus, who said getting old isn’t fun?

Take LATA 65 for example, an art organisation in Portugal that’s destroying age stereotypes in the street art scene. By giving senior citizens the tools and knowledge to create their own stencils, the organisation’s goal is to connect the older and younger generations through art, as well as help the elderly get out and about to engage in contemporary culture.

But that’s just one example of how seniors are making the most of their retirement. What else are they getting up to?

How Aussies are living it up in their golden years

Gone are the days of knitting, card games and staying put. Seniors these days are proving to be one the most lively and radical bunch of seniors to date. According to the Golden Years Report, 85% of seniors consider themselves happy, while 80% are doing the things they really want to do.

In fact, most feel younger than they actually are. This can be attributed to being more physically active, learning new things, travelling to new places, having new experiences, being sociable, and having hobbies.

Seniors are also busting ‘old age’ stereotypes. For example, as technology becomes more prominent in our lives, Aussie seniors are no longer relying on others to show them the ropes. Instead, many are now technically savvy and spend plenty of time online. They also have no problem dressing like younger generations, speaking the same lingo (#YOLO), or even getting tattoos.

While they might not be huge spenders, today’s retirees are also spending more money than earlier generations. So instead of slowing down and disappearing modestly into retirement, they’re choosing to fork out just as much money (sometimes more) on their later lifestyles. And why not? Retirement isn’t an expiry date – it’s an excuse to live life to the fullest.

It’s safe to say, Australian seniors are reinventing the concept of ‘getting older’. They’re not confined to the activities and stereotypes usually associated with old age, and are instead open-minded, tech-savvy and progressive. They’re not just comfortable with the modern world, they’re enthusiastically making the most of it. So if there’s one take home message here, it’s this – there’s still plenty to look forward to.