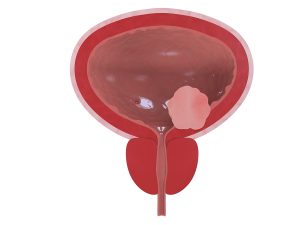 Urinary tract infections (UTIs), also called cystitis (inflammation of the bladder), are common among older adults and are more frequent in women. They are a primary cause of urinary incontinence and delirium. Catheter-associated urinary tract infections (CAUTIs) are more common among older adults (Fakih et al., 2012) and is mainly attributed to the use of indwelling urinary catheters. Many indwelling catheters are thought to be unnecessary (Cochran, 2007) and one study noted that physicians were often not aware of the purpose for which their patients had a catheter inserted (Saint, Meddings, Calfee, Kowlaski, & Krein, 2009). UTIs have been show to increase morbidity and mortality, length of hospital stay, and cost of hospitalization (Kleinpell, Munro, & Giuliano, 2008). CAUTI is considered preventable and is not reimbursed by Medicare. Therefore, hospitals will largely assume the financial costs for preventable infections of this type.

A thorough assessment should be done of the patient’s urinary output, including amounts, color, odor, appearance, frequency of voiding, urgency, and episodes of incontinence. A urine specimen should be obtained if UTI is suspected. Laboratory results will show the type of organism causing the infection, and the sensitivity will tell what medication the organism is susceptible to. These results should be reported promptly to the physician or nurse practitioner caring for the patient and so that a diagnosis and treatment plan can be made.

Prevention of UTIs is considered a primary nursing strategy. Elderly female patients can be instructed to make lifestyle modifications such as: increasing their fluid intake; emptying the bladder after sexual intercourse; practicing good perineal hygiene, including wiping front to back after toileting; getting enough sleep; and avoiding stress (PubMed Health, 2011). Although many of these common sense strategies are recommended by primary care providers, there is a lack of scientific evidence to support some of them. Many UTIs will clear up on their own, particularly if the person increases oral fluid intake during early symptoms. However, with many older adults, antibiotic treatment may be needed. In general, a course of three 3 days for healthy adults is thought to be sufficient, but for more resistant bacteria, a longer course more than five 5 days may be needed (PubMed Health, 2011). For those with repeated or chronic UTIs, a low dose of antibiotics taken for 6– 12 months may be indicated (Hooton et al., 2010). If the underlying cause is CAUTI, treatment will be more aggressive. Monitor the patient’s temperature at least every 24 hours (Carpenito, 2013). Encourage fluids. Evaluate the necessity of continuing an indwelling catheter if one is in place.

Alternatives to indwelling catheters should be considered for appropriate patients. Intermittent catheterization, if appropriate, is preferred over indwelling catheter use, especially for long- term maintenance of bladder management (CDC, 2009; Hooton et al., 2010). Condom catheters may be an appropriate choice for some males. If an indwelling urinary catheter is necessary, the catheter should be removed as soon as possible, per the physician or nurse practitioner’s orders, to reduce the risk of CAUTI.