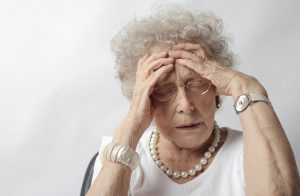 Many people assume that dementia is a disease in itself, but it’s not.

Dementia is more of a blanket term used to describe several conditions affecting the brain, typically characterized by the loss of cognitive functioning.

People living with dementia often have problems thinking, reasoning, and remembering, often to the point where it interferes with their daily lives.

Even behavioral abilities are affected by dementia, with some having difficulty controlling their emotions.

At its earliest stage, dementia would be starting to affect cognitive abilities. As it progresses, the symptoms become worse.

By the time the affected person reaches dementia’s most severe stage, they would be dependent on in-home dementia care for the most basic functions of living, like brushing their teeth and taking care of their personal hygiene and grooming.

There are several types of dementia, the most common of which include:

Alzheimer’s disease is the most common type of dementia, as it makes up 60 to 80 percent of all dementia cases..

A progressive and irreversible condition, Alzheimer’s affects that part of our brain responsible for language abilities, formation of short-term memories, and comprehending and remembering information.

Apart from the diminished ability to understand and remember information, other signs and symptoms of Alzheimer’s include:

As its name suggests, vascular dementia is associated with reduced blood flow in the brain, typically caused by a stroke or atherosclerotic disease.

Next to Alzheimer’s, vascular dementia is the second most common type of dementia, and it causes, among other things, confusion and disorientation, inability to concentrate for extended periods, difficulty completing tasks, and vision problems.

About 5-15% of all dementia cases are classified as Lewy Body Dementia, which occurs when abnormal protein deposits in nerve cells affect the area of the brain responsible for thinking and physical movement.

These deposits prevent the brain from sending chemical signals to the body, leading to memory loss and delayed reactions.

Parkinson’s disease is caused by nerve cell loss in the substantia nigra, the part of the brain that plays a crucial role in movement. When people living with Parkinson’s reach the disease’s advanced stage, they will likely develop dementia.

Aside from dementia, Parkinson’s patients also experience symptoms such as difficulty comprehending visual information, irritability, paranoia, depression, trouble walking and speaking, and tremors, which could affect any part of the body but are most common in the hands.

Frontotemporal Dementia affects the brain’s front and side areas, which are tasked with controlling a person’s behavior and language.

While its cause has not yet been identified, frontotemporal dementia is already known to run in families and affect individuals as young as 45-years-old.

As frontotemporal dementia affects the parts of the brain responsible for behavior and language, behavioral issues such as loss of motivation and inhibition and speech problems are common symptoms among those who have the condition.

These are the most common types of dementia, and there are several other subtypes and rare forms.

If you suspect that a loved one has dementia, it’s best to bring them to a neurologist for immediate diagnosis.

Looking in – Aspects of Dementia: Introduction by Lynda Bellingham