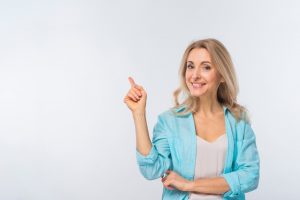 In the face of the growing menace of drug abuse, an increasingly large number of employers are now instituting drug screening policies to promote workplace safety and reduce the associated costs. Not just employers, schools and colleges are also conducting random drug tests to discourage drug abuse among teens and college-goers. However, a vast majority of people still continue to hold on to some common misconceptions about drug tests. Here in this post, we will discuss the top nine myths about drug tests. Read on.

Myth #1 about Drug Tests: Drinking a Lot of Water Can Help Someone Pass a Urine Drug Test

Many people believe that ingesting an excessive amount of water can help dilute their urine to a point that a urine drug test (with diluted specimen) won’t detect any drug in their system. They do it in a bid to quickly get rid of controlled substances from their system.

Drinking a lot of water can sure make it difficult to detect illegal substances but specific markers such as the level of creatinine (a byproduct of digestive processes) let drug testing professionals know that a person is trying to cheat. They may ask for a second urine sample or recommend a hair follicle test.

Some people also try to use diuretics to increase urine production. While diuretics will sure dehydrate your body, they will also alter some naturally occurring chemicals in the human body. Those conducting drug tests are experienced enough to spot such red flags.

It is a common misconception that mouth swab tests won’t detect recent marijuana use.

Saliva or mouth swab tests can easily detect recent (usually up to 24 hours) marijuana use.

Saliva tests are popular because they offer consistent results at a lesser price in comparison to other drug testing methods. Adulterating or substituting the specimen is also difficult because unlike urine samples, mouth swab samples are collected while a person is under direct observation.

Myth #3 about Drug Tests: You Can Test Positive Due to Secondhand Smoke

The likelihood of a person testing positive in a drug test after having spent some time with friends smoking pot is extremely low.

THC (Tetrahydrocannabinol – the chemical in marijuana that creates the ‘high’) needs to be detected at a level of at least 50 nanograms per milliliter (ng/ml) in order for a person to test positive in a drug test.

Secondhand smoke can at most result in a test detecting around 2-3 ng/ml unless you spend several hours in a closed room full of pot smokers.

Myth #4 about Drug Tests: Over the Counter (OTC) Medications Can Result in Positive Test Result

Contrary to the popular belief, OTC medicine for cough and cold does not lead to a false positive for methamphetamine.

During drug testing, meth use is indicated as D-methamphetamine.

OTC medicines, however, are indicated as L-methamphetamine.

Drug testing professionals or anyone else who has read the product details of a drug testing kit will know if a person has had medicine for cough and cold or used meth.

Myth #5 about Drug Tests: All Drug Tests Are the Same

A hair follicle test can, for example, detect drug use over the past three months.

It is true that a large number of private and federal employers in the United States conduct drug tests in order to identify job applicants or existing employees with drug problems.

But, drug testing is also conducted on a few other occasions.

Courts in the United States, for instance, have a direct authority under Family Code section 3041.5 to order drug testing in a custody case. Courts can, however, only order urine drug testing. The testing needs to be performed in conformance with standards and procedures defined by the US Department of Health and Human Services.

Myth #7 about Drug Tests: Testing Positive in a Drug Test Due to Prescription Medications Can Ruin Your Career

Even if there is a false-positive, workers can also provide a doctor’s prescription to prove that they are taking prescription medicines for a valid reason. At times, a medical review officer may also recommend a mass spectrometry confirm test in order to validate the outcomes of a drug test.

Myth #8 about Drug Tests: Homemade Remedies Can Help You Pass a Drug Test

There are countless articles on the web that claim to have found a way to help people clear workplace drug tests, without stopping drug use. Suggesting solutions such as vitamins like niacin, cranberry juice, and jello, these articles are often backed by ‘anonymous’ author’s personal stories. The reality is that such remedies do not work!

Myth #9 about Drug Tests: Only Head Hair is used in a Hair Follicle Test

It is not true. A hair follicle test can be conducted with a sample of hair collected from any part of the body including legs, arms, armpits, etc. So, shaving one’s head in order to escape a hair follicle test is not a bad idea.

Author Bio:
I am writing to introduce myself as Leon Reingold. I am the Editor-in-Chief at Drugtestsinbulk, a nationwide supplier of drug and alcohol testing products online.