Be informed about Stroke

Be informed about Stroke

May is National Stroke Awareness month, so this is a good time to reflect on stroke prevention and treatment. Consider these facts about stroke from the American Stroke Association (2013): Be informed about stroke.

• Nearly 800,000 Americans annually suffer a new or recurrent stroke.
• A stroke occurs about once every 40 seconds. About every 4 minutes, someone dies of a stroke.
• Stroke is the 4th leading cause of death in the United States, killing more than 137,000 people a year.
• Risk of stroke death is higher for African American males and females than for whites. Females have a higher rate of death from stroke than males.
• In 2010, Americans paid about $73.7 billion for stroke-related medical costs and disability. 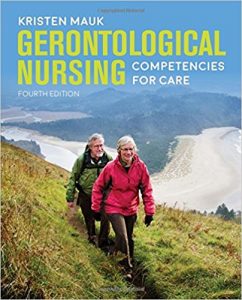 Stroke is simply defined as an interruption of the blood supply to the brain. It is most often caused by a clot that either originated in the brain or traveled from another part of the body. Warning signs of stroke include (National Stroke Association, 2013):
• Sudden weakness or paralysis, usually on one side of the body
• Sudden confusion, speaking or understanding
• Sudden changes in vision
• Sudden dizziness, incoordination, or trouble walking
• Sudden severe headache with no known cause

If you or someone you love experiences any of these symptoms, call 911 immediately. Do not delay. New medical treatments may be able to reverse the effects of stroke, but time is critical. Note the time that the symptoms started so that you can inform the medical professionals who are providing treatment.
The effects of stroke depend on the area of the brain that is damaged. Some common results of stroke are weakness or paralysis on one side of the body, difficulty walking or dressing oneself, aphasia, trouble eating or swallowing, bowel and bladder changes, cognitive changes such as memory problems, and emotional issues such as depression and mood swings. Stroke affects the entire family, so be sure to seek out resources and support in your community if a stroke has touched your family.

For stroke survivors, treatment in an acute rehabilitation facility with an interdisciplinary team approach is highly recommended and results in more positive outcomes. The rehabilitation team works together with the survivor and family to accomplish personal goals and achieve the highest level of function possible. Although some of the effects of stroke may be long-lasting or permanent, there is hope of continued progress and good quality of life after stroke.