What are Common Symptoms and Types of Dementia

What are Common Symptoms and Types of Dementia 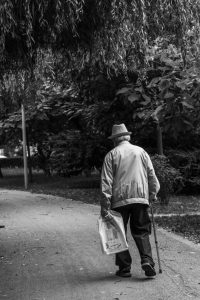 It is human nature that we try to do everything possible to slow the aging process. We take vitamins and supplements, get plastic surgery, slather our bodies in lotions and potions, all so that we don’t appear the age we are. In addition, we change our diets and work out, doing almost anything to defy nature. And while we may look great on the outside, there are some things that we cannot control that may be happening on the inside. Continue reading to discover more about dementia and some of the common symptoms, and different descriptions and names of dementia based on symptoms.

Dementia is an umbrella of illnesses and symptoms with a lot of medical conditions under it that affect older adults. A wide range of medical conditions cause symptoms such as memory loss, problem-solving, cognitive abilities, and other issues that drive the quality of life to deteriorate. A lot of times, before a diagnosis of dementia, older adults are thought of as senile.

The cause of dementia is damaged brain cells that mess with the brain cells’ ability to communicate. The lack of communication causes those affected to act differently than usual.

Dementia is a progressive illness which means that the symptoms start slowly and gradually get worse. Dementia also involves several diseases that are diagnosed based on what part of the brain cells are damaged. Some of those symptoms include:

Alzheimer’s Disease is the most common type of dementia, representing 60-80% of all dementia cases. The average age for patients with Alzheimer’s is 65 years old. Diagnosis before this age is considered early onset. It usually starts with memory loss and progresses into more confusion and failure to thrive as a progressive disease. Patients typically live with Alzheimer’s Disease for 4-8 years after diagnosis but can also live up to 20 years.

There are no cures for Alzheimer’s Disease, but medication and surgery can slow the progression.

The part of the brain affected by Alzheimer’s Disease is the learning part. Patients may suffer from disorientation, mood and behavior changes, confusion about dates and times. They may also become distrustful of family members.

Vascular dementia happens due to reduced blood flow to the brain, especially from a stroke or heart attack. It can be sudden or gradual. Vascular dementia affects memory, thinking, and reasoning. Some of the early symptoms of vascular dementia are slow thought, judgment, depression, and having trouble understanding information. Some signs may go unnoticed, but high blood pressure, diabetes, high cholesterol, and smoking raise an aging individual’s risk of dementia.

Lewy Bodies Dementia (LBD) is very similar to Alzheimer’s Disease. However, it progresses more quickly than other types of dementia. Although there are no cures for LBD, there is medication to help with symptoms. The overlap in symptoms between LBD and Parkinson’s makes them hard to diagnose and distinguish. A symptom not common in the other types of dementia are:

Another difference seen more common in LBD is a disruption of the autonomic nervous system. This disruption causes the patient’s blood pressure to drop, making them dizzy, fall more frequently, and suffer urinary incontinence.

As you have read, regardless of how well we take care of ourselves, there are some things that happen in life that cannot be controlled. Dementia is an umbrella of illnesses with symptoms that are similar but have different effects. Four types of dementia and their symptoms are above.