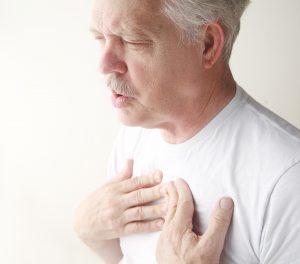 Tuberculosis (TB), caused by Mycobacterium tuberculosis, is a contagious infection that involves the lungs but can attack any part of the body. Primary TB is caused by inhalation of air droplets from an infected person through coughing, sneezing, laughing, or other activities in which particles become airborne (NCBI, 2011).

Older adults and immunocompromised persons are at the greatest risk. According to the CDC’s and Prevention Morbidity and Mortality Weekly Report [MMWR] (2012), the incidence of TB in 2011 has declined by 6.4% since 2010. There are a reported 3.4 cases per 100,000 populations in the United States, which translates to about 10,521 new TB cases in 2011. However, data continues to point to a trend of foreign-born or racial/ethnic minorities being disproportionately affected by TB compared to U.S.- born persons. This gap is continuing to widen despite an overall decreased number of cases in both groups (MMWR, 2012). The AIDS epidemic has contributed to the spread of TB, particularly in less developed countries; this may be due to the suppression of the immune system that is associated with AIDS.
Nursing home residents are considered an at-risk group due to the typically higher rates found in this population. General guidelines from the Advisory Committee for Elimination of Tuberculosis (Centers for Disease Control and Prevention [CDC], 1990) set a concrete strategy for prevention and management of TB in nursing homes to decrease the spread among this institutionalized and vulnerable population. Thus, older adults who may be discharged from acute care facilities to a nursing home will generally undergo TB skin testing prior to discharge.

The CDC (2013) lists the following signs and symptoms of TB:
• A bad cough that lasts 3 weeks or longer
• Pain in the chest
• Coughing up blood or sputum (phlegm from deep inside the lungs)
• Weakness or fatigue
• Weight loss
• No appetite
• Chills
• Fever
• Sweating at night

A person can be infected with TB and have no symptoms. This means they may have a positive skin test, but cannot spread the disease. Such a person can develop TB later if left untreated. Those with active TB can spread the disease to others and should be treated by a physician or other health care provider.
Screening for TB is simple and can be done at the local health department, clinic, or doctor’s office. A Mantoux test is an intradermal injection that is read for results in 48–72 hours after administration. A result of 11 mm or greater of induration (not redness, but swelling) is considered a positive result. It is recommended that older adults undergo a two-step screening wherein the test is given again, because there are many false results in older adults. A positive TB skin test should be followed up with a chest Xx-ray to rule out active disease.
It must be noted that persons who received a vaccine for TB may have a positive reaction. A TB vaccine is commonly given in many countries outside the United States.

For older adults born in the United States, a positive skin test may prompt the health care provider to initiate preventative treatment. The medication isoniazid (INH) is generally given to kill the TB bacteria. Treatment with INH often lasts at least 6 months. Few adults have side effects from the medication, but those that are possible include nausea, vomiting, jaundice, fever, abdominal pain, and decreased appetite. Patients taking INH should be cautioned not to drink alcohol while on the medication.

Patients with active TB can be cured, but the medication regimen is complex, with several different drugs taken in combination. Caution should be taken to avoid spread of the disease. This generally means isolation for patients in the hospital with active TB. In 1998, the FDA approved a new medication, rifapentine (Priftin), to be used with other drugs for TB. Medications should be strictly taken for the entire period of time (many months) to kill all of the bacteria. Older adults may need assistance with keeping track of these medications; evaluation of medication management should be included in the assessment. The use of a medication box set up by another competent and informed family member to ensure compliance with the medication regimen may be helpful, because it can be overwhelming for some persons. Adequate rest, nutrition, and hydration, as well as breathing exercises, may help with combating the effects of TB. Since over half of all patients with actively diagnosed TB have come to the United States from other countries, language may be a barrier. Education requires understanding and may necessitate an interpreter to ensure understanding of the complex regimens required to eradicate the bacteria.