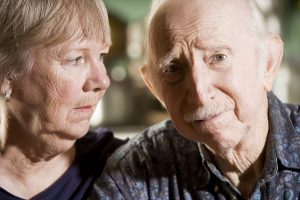 Stroke, also known as cerebrovascular accident (CVA) or brain attack, is an interruption of the blood supply to the brain that may result in devastating neurological damage, disability, or death. Approximately 795,000 people in the United States have a new or recurrent stroke each year (American Stroke Association [ASA], 2012a). Stroke accounts for 1 in 18 deaths, making it the fourth leading cause of death in the United States. A death from stroke occurs every 4 minutes and the cost of stroke treatment and disability was over $73 billion dollars in 2010. Death from stroke is generally higher among females, with higher rates in Black males (67.7/100,000) and females (57.0/100,000) than in Caucasians (ASA, 2012a). In Canada, stroke is the fourth leading cause of death, affecting 50,000 people each year (Heart and Stroke Foundation of Canada, 20059).
There are two major types of stroke: ischemic and hemorrhagic. The vast majority of strokes are caused by ischemia (87%), usually from a thrombus or embolus (ASA, 2012a). The symptoms and damage seen depend on which vessels in the brain are blocked. Carotid artery occlusion is also a common cause of stroke related to stenosis

Some risk factors for stroke are controllable and others are not. The most significant risk factor for stroke is hypertension. Controlling high blood pressure is an important way to reduce stroke risk. Those with a blood pressure of less than 120/80 have half the lifetime risk of stroke as those with hypertension (ASA, 2012a). Smoking 40 or more cigarettes per day (heavy smoking) increases the stroke risk to twice that of light smokers. If a person quits smoking, their risk after 5 years mirrors that of a nonsmoker, so older adults should be particularly encouraged to stop smoking.

Several warning signs are common. These include:
SUDDEN numbness or weakness of face, arm or leg – especially on one side of the body.
SUDDEN confusion, trouble speaking or understanding.
SUDDEN trouble seeing in one or both eyes.
SUDDEN trouble walking, dizziness, loss of balance or coordination.
SUDDEN severe headache with no known cause (National Stroke Association, 2013)

There are several tools for assessing for signs and symptoms of stroke. One easy acronym is FAST:
F stands for facial droop. Ask the person to smile and see if drooping is present.
A stands for arm. Have the person lift both arms straight out in front of him. If one is arm is drifting lower than the other, it is a sign that weakness is present.
S stands for speech. Ask the person to say a short phrase such as “light, tight, dynamite” and check for slurring or other abnormal speech.
T stands for time. If the first F-A-S checks are not normal, then one is to remember F-A-S-T that Time is important and the emergency medical system should be activated (National Stroke Association, 2012).
Older adults experiencing the warning signs of stroke should note the time on the clock and seek immediate treatment by activating the emergency response system in their area calling 911 (American Stroke Association, 2012). Transport to an emergency medical facility for evaluation is essential for the best array of treatment options. A history and neurological exam, vital signs, as well as diagnostic tests including electrocardiogram (ECG), chest Xx-ray, platelets, prothrombin time (PT), partial thromboplastin time (PTT), electrolytes, and glucose are routinely ordered. Diagnostic testing imaging may include computed tomography (CT) without contrast, magnetic resonance imaging (MRI), arteriography, or ultrasonography to determine the type and location of the stroke. The CT or MRI should ideally be done within 90 minutes so that appropriate emergency measures may be initiated to prevent further brain damage.

The first step in treatment is to determine the cause or type of stroke. A CT scan or MRI must first be done to rule out hemorrhagic stroke. Hemorrhagic stroke treatment often requires surgery to evacuate blood and stop the bleeding.
The gold standard at present for treatment of ischemic stroke is t-PA (tissue plasminogen activator). At this time, t-PA must be given within 3 hours after the onset of stroke symptoms. This is why it is essential that older adults seek treatment immediately when symptoms begin. Only about 3 – 5% of people reach the hospital in time to be considered for this treatment (ASA, 2012d). t-PA may be effective for a select group of patients after the 3-hour window (up to 4.5 ½ hours), and this treatment window has been approved in Canada (Heart and Stroke Foundation of Canada, 2009). The major side effect of t-PA is bleeding. t-PA is not effective for all patients, but may reduce or eliminate symptoms in over 40% of those who receive it at the appropriate time (Higashida, 2005). Other, much less common procedures such as angioplasty, laser emulsification, and mechanical clot retrieval may be options for treatment of acute ischemic stroke.
To prevent recurrence of thromboembolic stroke, medications such as aspirin, ticlopidine (Ticlid), clopidogrel (Plavix), dipyridamole (Persantine), heparin, warfarin (Coumadin), and enoxaparin (Lovenox) may be used to prevent clot formation. Once the stroke survivor has stabilized, the long process of rehabilitation begins. Each stroke is different depending on location and severity, so persons may recover with little or no residual deficits or an entire array of devastating consequences.
The effects of stroke vary, and some persons may recover with no residual effects. But more often, stroke survivors may have problems that include hemiplegia or hemiparesis (paralysis or weakness on one side of the body), visual and perceptual deficits, language deficits, emotional changes, swallowing dysfunction, and bowel and bladder problems. Ninety percent of all dysphagia (swallowing problems) results from stroke (White, O’Rourke, Ong, Cordato, & Chan, 2008).

Rehabilitation after a stroke focuses on several key principles. These include maximizing functional ability, preventing complications, promoting quality of life, encouraging adaptation, and enhancing independence. Rehabilitation emphasizes the survivor’s abilities, not disabilities, and helps him or her to work with what he or she has while acknowledging what was lost.
Stroke survivors go through a unique recovery process. This model shows the process of stroke recovery where forward progress after stroke lead to acceptance and adaptation:

If significant functional impairments are present, evaluation for transfer to an intensive acute inpatient rehabilitation program is recommended. Inpatient rehabilitation units offer the survivor the best opportunity to maximize recovery, including functional return. An interdisciplinary team of experienced experts, including nurses, therapists, physicians, social workers, and psychologists, will help the survivor and the family to adapt to the changes resulting from the stroke. Outcomes for geriatric stroke survivors are enhanced by intensive rehabilitation programs, whether offered in rehabilitation units or in skilled nursing facilities (Duraski, Denby, Danzy & Sullivan, 2012; Jett, Warren, & Wirtalla, 2005).
A large amount of teaching is often done by stroke rehabilitation nurses who work with older survivors and their families. These include knowing the warning signs of stroke and how to activate the emergency response system in their neighborhood, managing high blood pressure, understanding what medications are ordered as well as how often to take them and why, the importance of regular doctor visits, preventing falls and making the home environment safe, available community education and support groups, and the necessity of maintaining a therapeutic regimen and lifestyle to decrease the risk of complications and recurrent stroke. All survivors will need assistance in re-integrating into the community. This is generally begun in the rehabilitation setting.