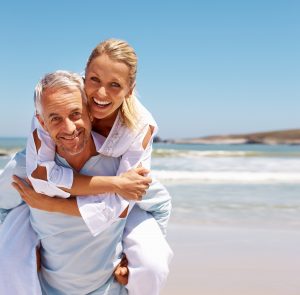 With summer upon us, we are happy to get out and enjoy the change from the long Indiana winter. However, prolonged exposure to that bright sunshine can have dire consequences for us as we age. The risk of skin cancer is higher in older adults, and the major risk factor is sun exposure. Although there are other less serious forms of skin cancer (basal cell and squamous cell), malignant melanoma is the most dangerous kind, accounting for more than 8,700 deaths per year (American Cancer Society, 2013).

As we age and our skin becomes more fragile, sun exposure can take its toll. You can be proactive in preventing skin cancer by following some simple tips:
Wear sunscreen when out in the sun and choose SPF 15 or higher every day, but choose SPF 30 with a waterproof barrier for long exposure. Avoid tanning booths. Wear clothing and hats that protect you from exposure. Ask your primary care provider to perform a skin check with your yearly physical, or visit your dermatologist if you have concerns. Know your own skin and check it regularly using the ABCDE method. Report any suspicious lesions to your doctor right away for follow-up.

The ABCDE method can help us remember the warning signs of skin cancer:
A = Asymmetry (if a line is drawn down the middle of the lesion, the two sides do not match)
B = Border (the borders of the lesion tend to be irregular)
C = Color (a variety of colors is present; the lesion is not uniform in color)
D = Diameter (MM lesions are usually larger)
E = Evolving (note any changes in shape or size, or any bleeding)
The good news is that even the most serious kind of skin cancer can be nearly 100% curable when detected early.

So, enjoy the sun, but be sun smart as well! 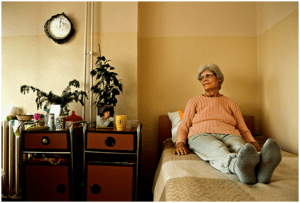 When you’ve started to notice changes in an elderly relative, you may wonder if a mental health issue is the cause. While it is important a mental health professional diagnoses these issues, some signs exist indicating that the time has come to make an appointment.

Depression can occur for a host of reasons. Elderly individuals may be suffering from the loss of a loved one, or they may feel alienated, isolated or otherwise separated from their friends or from their interests outside of the house. Individuals who seem filled with sadness and negative emotions or who are hinting about emotional turmoil may need outpatient or inpatient treatment for depression.

You may also notice that your loved ones are having heightened periods of elevation followed by periods of deep sadness. They could be suffering from bipolar disorder. Serious anxieties could begin to manifest at this age too. For example, you may notice that your elderly relatives always seem to be thinking about their own death or about expected loss of other loved ones.

As people age, you may think that it is a normal occurrence for them to forget information that they would have once remembered. However, these early slips could be signs of a more serious problem that is coming into fruition. Your loved ones might now be forgetting about certain dates or social events, but these struggles could turn into failures to take medication or complete other necessary medical tasks.

If you notice that your loved ones are not taking care of themselves as they used to, this situation could also be a sign of mental health issues. For example, you may have noticed that your relatives are no longer brushing their teeth or bathing on a regular basis. Seeking professional help can uncover the root of the issue so that a plan of treatment can be devised.

As your loved ones age, you may be the lookout for physical health issues. While addressing these problems is imperative, so is watching for signs of mental health struggles. May is mental health awareness month, get involved to help bring awareness to this important cause! 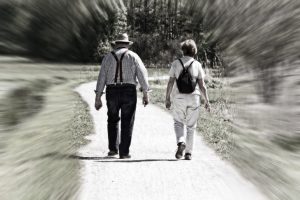 Traveling is stressful for everyone, but traveling as a senior citizen comes with its own unique challenges. In order to make your next trip as easy and enjoyable as possible, be sure to keep these four easy tips in mind.

If you have to go through a TSA checkpoint before your trip, make sure you plan for it ahead of time.

TSA agents typically try to make things as easy and efficient as possible for seniors, especially those who are in wheelchairs or have other mobility limitations.

To help them do their job properly, make sure you let the agent know about any medical conditions — like pacemakers or implants — that might set off alarms. You should also try to get a physician’s statement verifying your implant to avoid delays.

Hotel pillows are often not as comfortable as the ones you have at home. Either bring one with your or invest in a quality pillow before you go to make sure you sleep comfortably at night.

You’ll also want to invest in a neck and back pillow for car and plane rides. This way, you won’t have to deal with any pain on your way to your destination.

Try to fit everything you need in a roll-aboard suitcase and a medium-sized carry on bag. Don’t bring more than you can carry — otherwise, you’ll be setting yourself up for a lot of discomfort.

If possible, bring both your bags on the plane and stash one in the overhead rack. This will make things easier when you land since you won’t have to hang around the baggage claim area.

Make sure your medications are safe and accessible throughout your trip. Store them in a zip-lock bag and keep that bag in your carry-on. Keep copies of your prescriptions and physician statements in the bag as well.

When you get to your destination, you may want to ask for reminders from the hotel or cruise staff to help you take your medication at the same time each day. You can also set an alarm on your watch or cell phone so you stay on top of everything.

Traveling as a senior doesn’t have to be stressful. Keep these tips in mind to stay safe and comfortable throughout your trip. 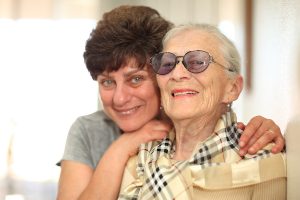 Caregiving has often been compared to a roller coaster ride, with its inevitable ups and downs. This is especially true as your loved one deteriorates and faces the end of life. If you’re one of the 65 million family caregivers who has been feeling overwhelmed for too long, “burnout” may have set in.

Take that first step. Identify and claim the full range of your emotions—the anger, indifference, anxiety. In a recent study, 50% of family caregivers confessed to feeling depressed and some 69% admitted that frustration drove them to place their loved one in care. You may be experiencing the following, as well:

These unwanted reactions can also be compounded by the guilt and shame about feeling this way. Here are a few suggestions that might make a big difference.

Continue to recognize, acknowledge and accept your difficult emotions, so you can then work on setting boundaries, letting go of control and developing coping skills. For example, meditation and yoga can be incredibly relaxing.

Your commitment to your loved one can be a renewable resource if you take the right steps and are willing to change strategies when the “same ol’, same ol’” isn’t working anymore.

You can visit Dr. Nanette’s ABCs of Caregiving blog at http://www.abcsofcaregiving.com/ 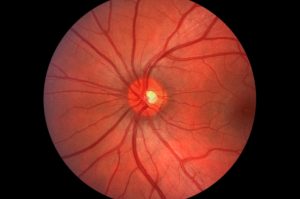 Glaucoma is a group of degenerative eye diseases with various causes that leads to progressive optic neuropathy, in which the optic nerve is damaged by high intraocular pressure (IOP), resulting in blindness. Glaucoma is a leading cause of visual impairment and the second leading cause of blindness in the United States; it occurs more often in those over 40, with an increased incidence with age (3% to 4% in those over age 70) (Fingeret, 2010; Kennedy-Malone et al., 2000; Podolsky, 1998).

Unlike cataracts, there are some ethnic distinctions with the development of glaucoma. African Americans tend to develop it earlier than Caucasians, and females more often than males. Glaucoma is more common in African Americans, adults over age 60 (especially Mexican Americans), and people with a family history (NIH, 2013). Other contributing factors include eye trauma, small cornea, small anterior chamber, cataracts, and some medications.

Although the cause is unknown, glaucoma results from blockage that limits the flow of aqueous humor, causing a rise in intraocular pressure (IOP). Two major types are noted here: acute and chronic. Acute glaucoma is also called closed angle or narrow angle. Signs and symptoms include severe eye pain in one eye, blurred vision, seeing colored halos around lights, red eye, headache, nausea, and vomiting.

Symptoms may be associated with emotional stress. Acute glaucoma is a medical emergency and persons should seek emergency help immediately. Blindness can occur from prolonged narrow angle glaucoma.

Chronic glaucoma, also called open angle or primary open angle, is more common than acute (90% of cases are this type), affecting over 2 million people in the United States. One million people probably have glaucoma and don’t know it, and 10 million people have above normal intraocular pressure that may lead to glaucoma if not treated (University of Washington, Department of Ophthalmology, 2008). This type of glaucoma occurs gradually. Peripheral vision is slowly impaired. Signs and symptoms include tired eyes, headaches, misty vision, seeing halos around lights, and worse symptoms in the morning. Glaucoma often involves only one eye, but may occur in both.

Since there is no scientific evidence of preventative strategies, early detection in those at risk is important. Treatment is essential to prevent loss of vision, because once vision has been lost to glaucoma, it cannot be restored. Diagnosis is made using a tonometer to measure IOP. Normal IOP is 10–21 mm Hg. Ophthalmologic examination will reveal changes in the color and contour of the optic nerve when glaucoma is present. Gonioscopy (direct exam), which is performed by an optometrist or ophthalmologist, provides another means of evaluation. Older persons and those at higher risk should have a yearly eye exam to screen for glaucoma.

Treatment is aimed at reducing IOP. Medications to decrease pressure may be given, and surgical iridectomy to lower the IOP may prevent future episodes of acute glaucoma. In chronic glaucoma, there is no cure, so treatment is aimed at managing IOP through medication and eye drops. Consistent use of and correct administration of eye drops is important. Older adults should be assessed for safety related to visual changes and also reminded to schedule and attend regular visits with their ophthalmologist.